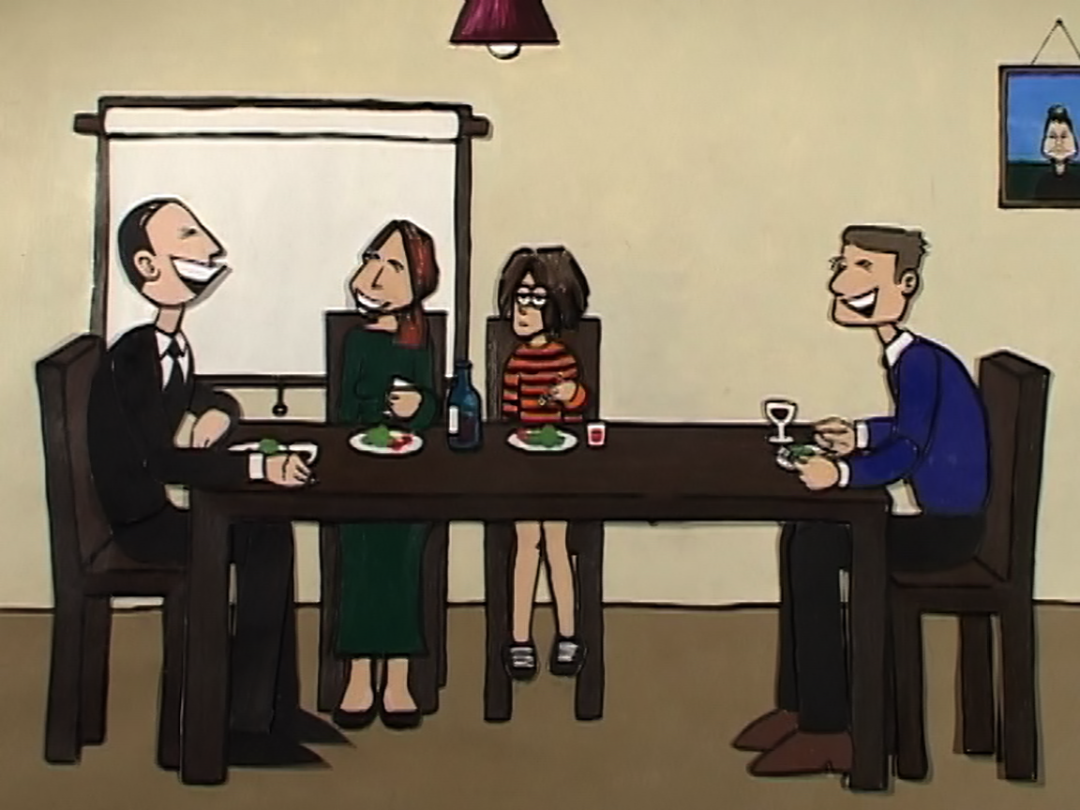 This is a scene from a fairy tale I have written called Anna and the Windhats. It is a story about a girl who has magic powers she can’t control. She unintentionally makes strange things appear when she gets annoyed. Which her father’s business partner experiences in this scene…

I approached the film by using an old 2D animation technique, with moving cardboard figures. Below you can see the scene in Danish with and without English subtitles.

I made the film in 2004 so it is quite old, but there is something about it I still really like.