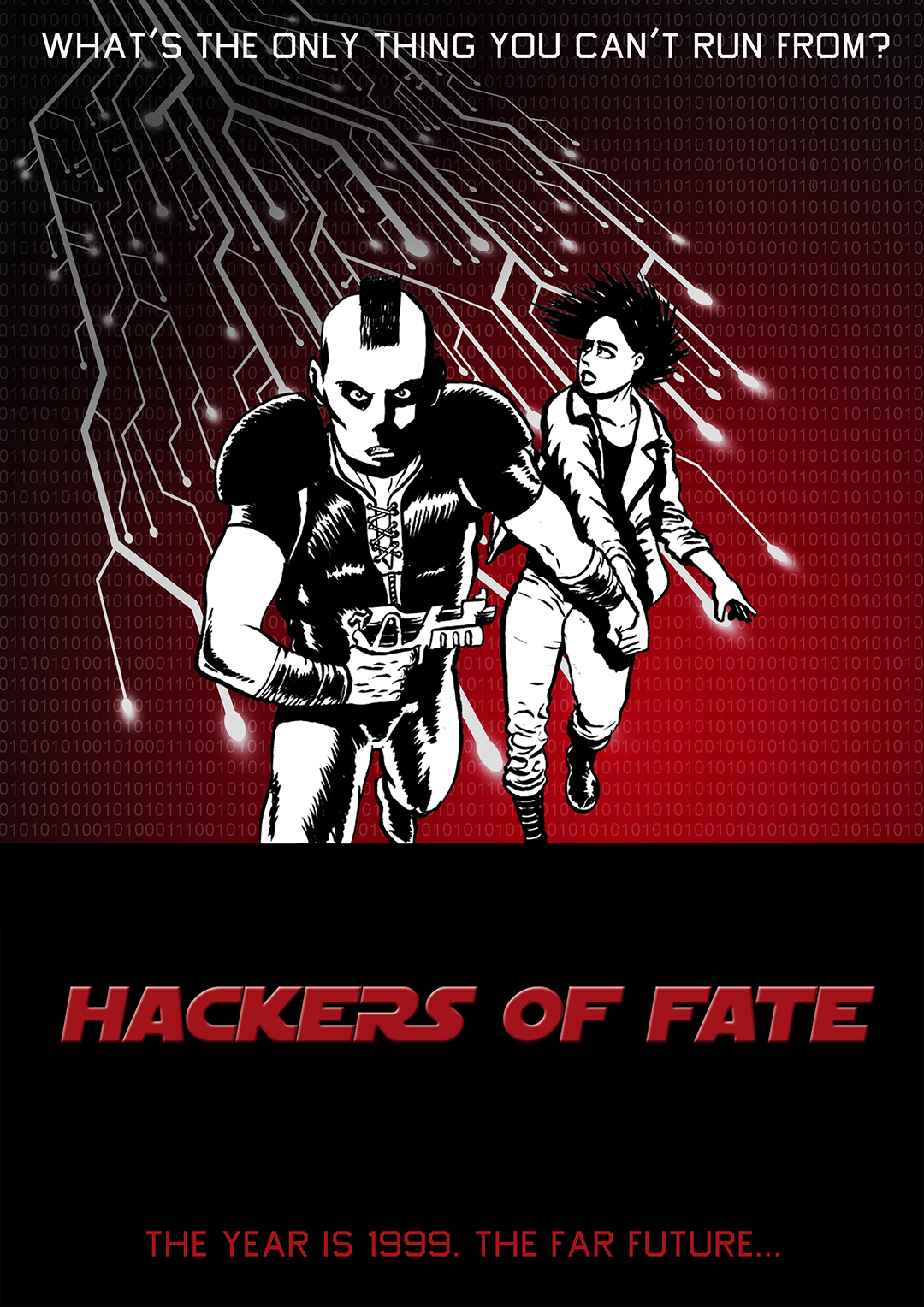 I wrote Hackers of Fate with Simon Petersen who created the drawings. It was published by Pronto Comics in 2012.

It is a genre comic, a tribute to sci-fi and cyberpunk stories of the 80s. We wanted it to look and feel like it was made in the 80s, and so it begins with the words: “1999 the far future”.

Here you can read an excerpt from the beginning of the story where we meet the two main characters and their world; a future fascist regime governed by the mega corporation New Sun.

The two start a rebel movement called Old Moon and the movement quickly grows. But in the end the main character has a shocking discovery: he and the woman are both android robots made by New Sun to infiltrate and gather information about the rebels. They are forced to take a stand on what to do and face a classical AI dilemma; can a robot move beyond its programming and make the altruistic choice? 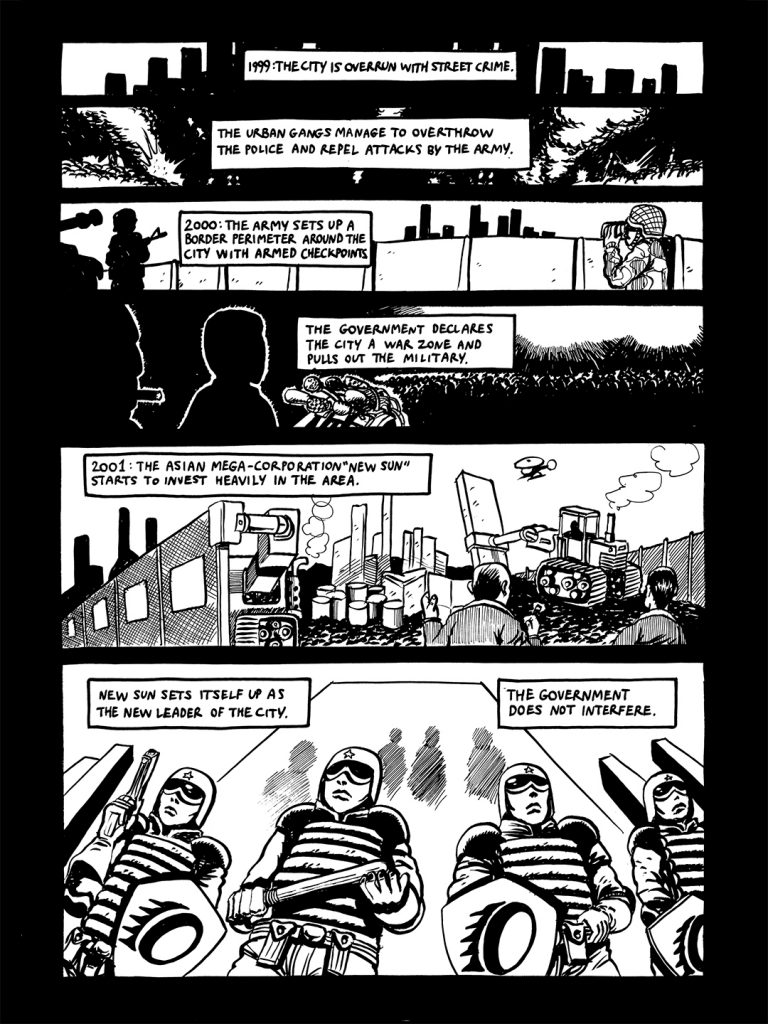 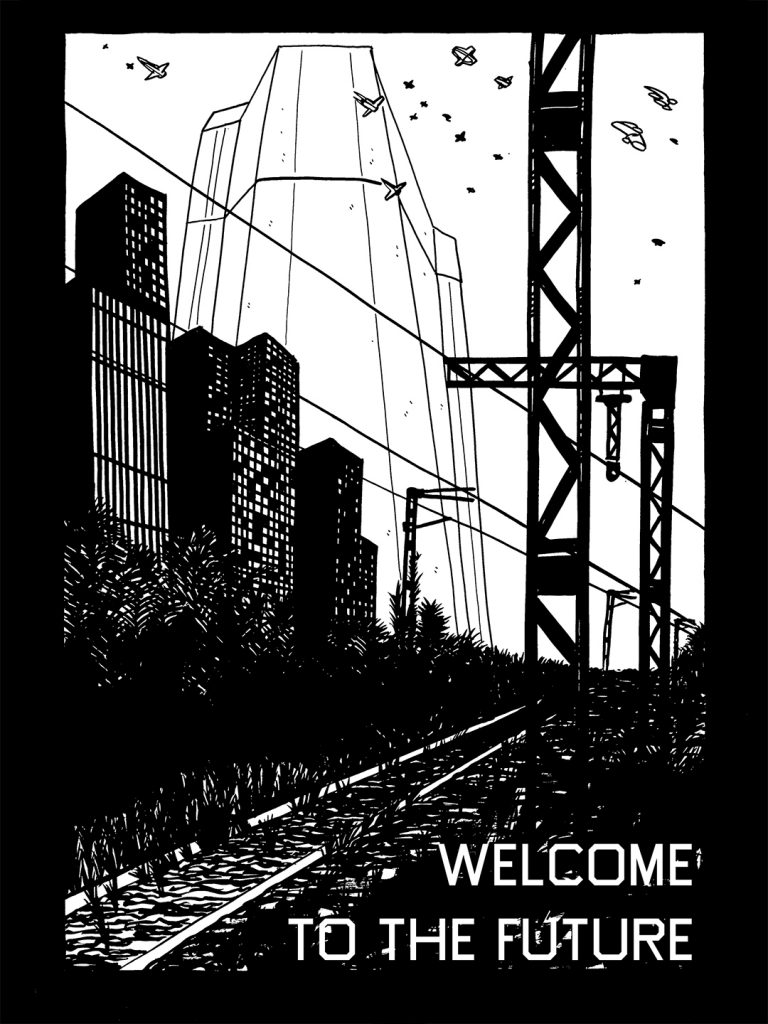 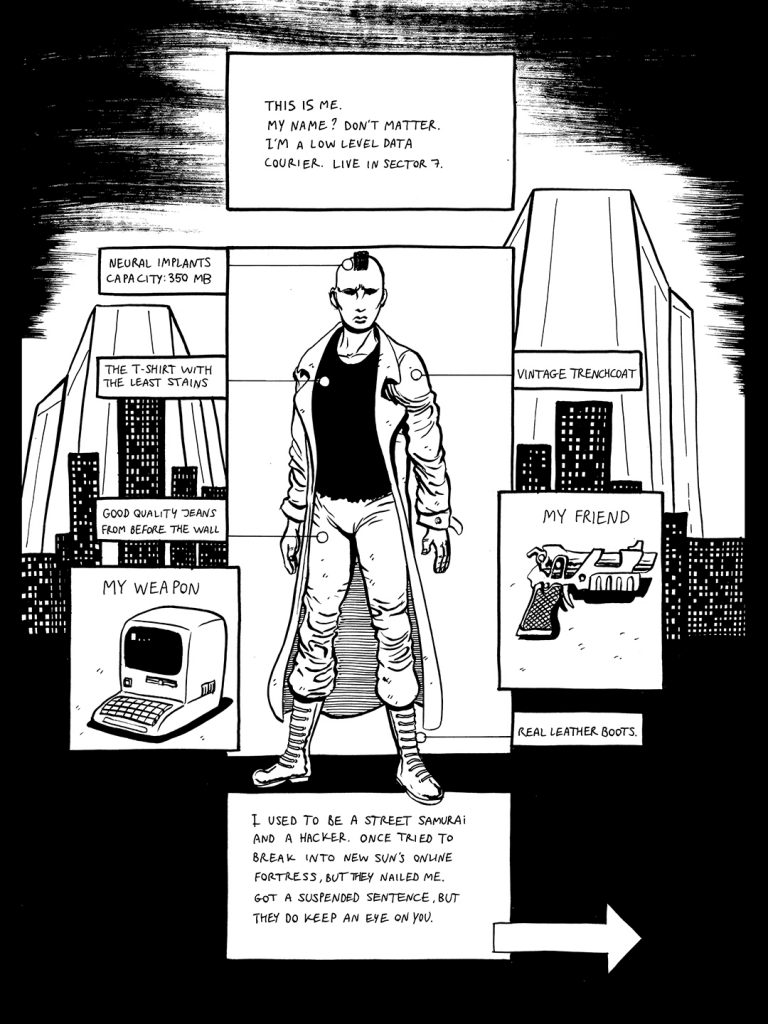 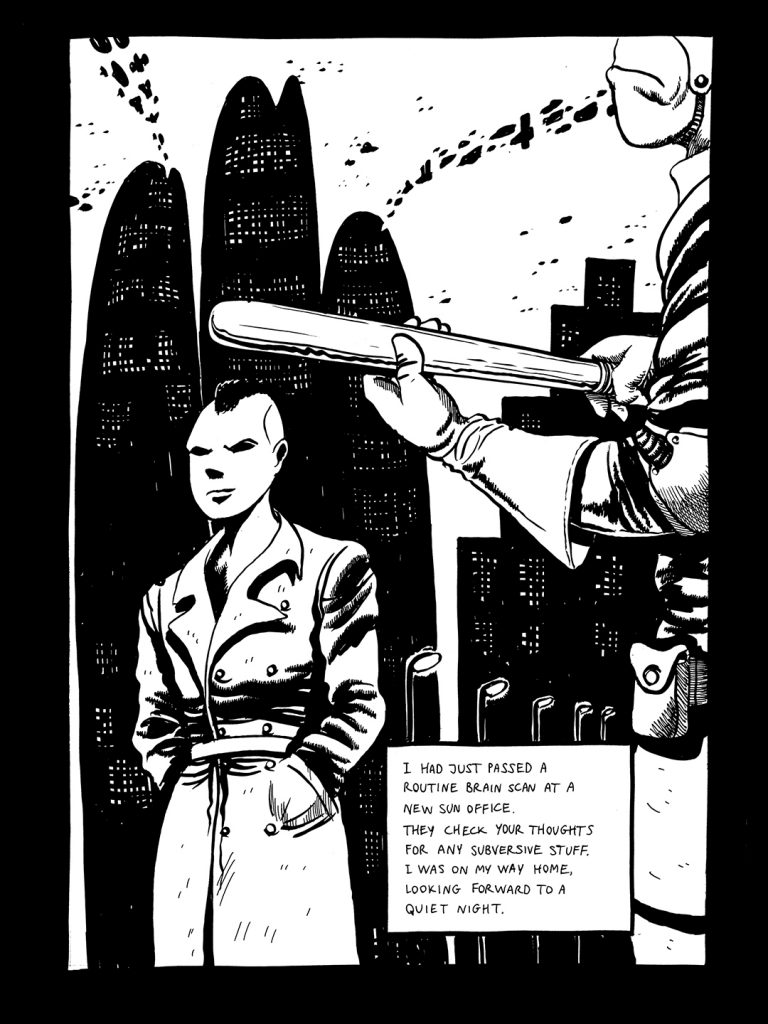 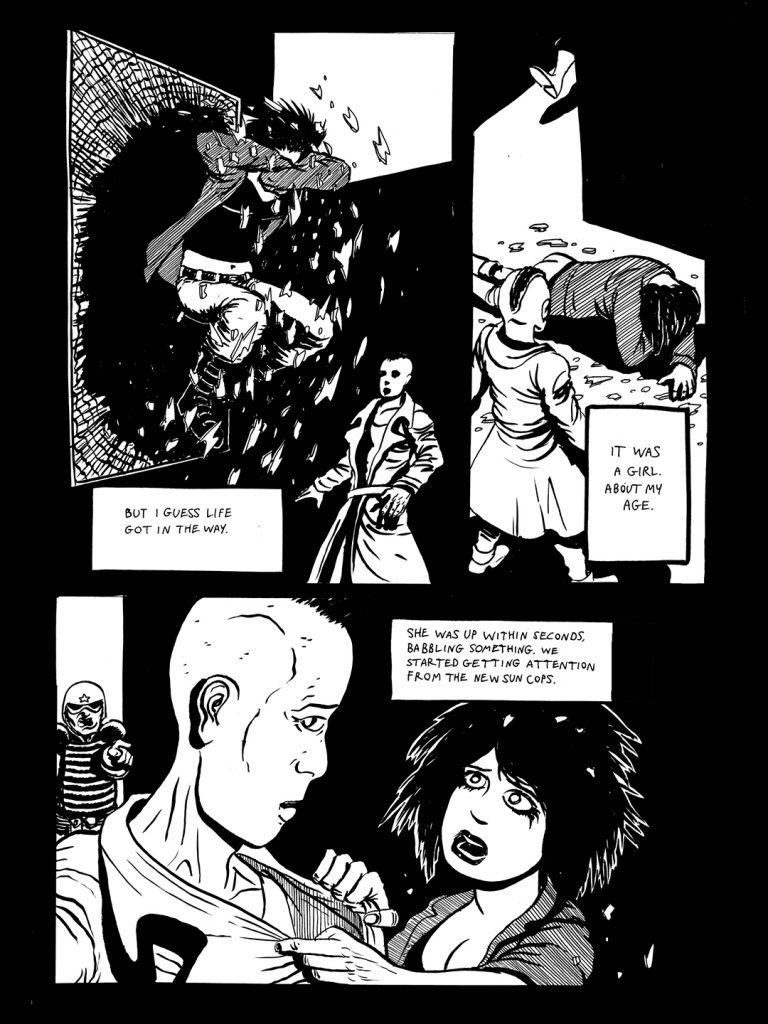